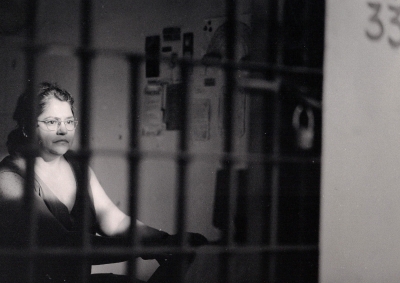 From one of the co-directors of City of God (2002), News from a Personal War succinctly lays out the battle between Rio’s police forces and the drug dealers who dominate the slums (favelas). The filmmakers go beyond the cops’ and the dealers’ points of view to get all sides of the story. The result is an unusually spellbinding hour that’s harder-hitting and more astonishing than any fiction film could be.

The winner of six international film festival prizes, director Maria Augusta Ramos’ Justice combines Frederick Wiseman’s cool-headed and clear-eyed portrayals of large institutions or societal systems with the power of a courtroom drama. Ramos reveals larger issues in contemporary Brazilian society and its power structures by studying the details of several cases and following them through various stages of the country’s court system.

Maria do Socorro Nobre encounters an article while in prison about the Polish artist Franz Krajcberg (who moved to Brazil after losing his family in the Holocaust) and feels compelled to write him a letter. Director Walter Salles document their strange and moving correspondence, the letters of which served as the starting point for his next film, Central Station (1998).