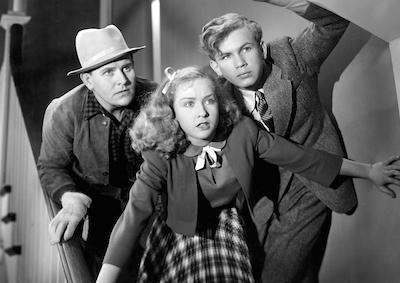 Would-be reporter Nancy Drew (Bonita Granville) is determined to clear the name of a girl accused of murder, bringing friend Ted Nickerson (Frank Thomas) reluctantly along for the ride. Despite car chases, tough guys, and the fatherly objections of Mr. Drew, the teen sleuth is undaunted in bringing the culprit to justice, in this high-spirited mystery inspired by the novels.