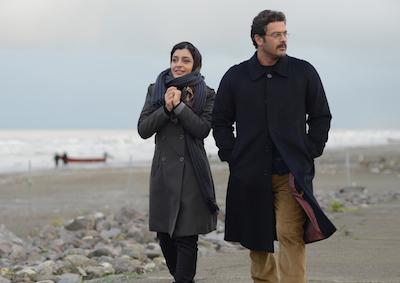 Nahid, a divorced mother with a young son, could find happiness with honorable Masoud, who offers her marriage and stability, maintaining a clandestine “temporary” marriage with her in the meantime. Avoiding a next step, Nahid runs herself ragged simply holding her compromised existence together. Her reasons, and their impact on her, make up the basis of filmmaker Ida Panahandeh’s superb second feature, rich with emotion and contemporary relevance.

In this alarming short film, an unsuspecting woman becomes a charged symbol of transgression.