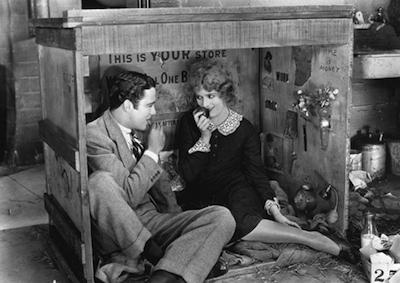 After nearly 15 years as the silver screen’s reigning “Queen of the Movies,” Mary Pickford lovingly concluded her silent movie career with one of her best films—the utterly charming romantic comedy, My Best Girl. Featuring future husband Charles “Buddy” Rogers as her leading man, Pickford shines as a department store Cinderella who falls in love with the owner’s son, once again exhibiting the wide-ranging talent that had made her a sensation the world over.

This recently re-discovered Biograph short features Mary Pickford in her second major screen role. In it, she plays Mary, the sweetheart of a country innkeeper’s son who makes it big in the city. After five years, he returns to his poverty-stricken parents, who do not recognize him and plot to rob their own son.

Of the over 30 one-reelers Mary Pickford made in Cuba for Carl Laemmle’s Independent Motion Pictures Company, A Manly Man is one of few that survives today. Pickford plays Lola, a young Filipino woman who falls in love with Duncan (William E. Shay), a Caucasian man sent to her village on business.