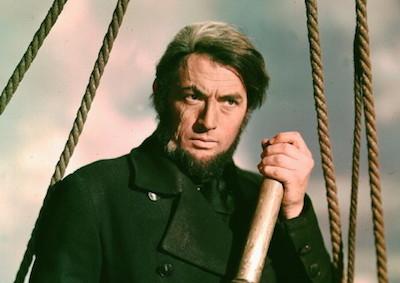 John Huston first started work on adapting Herman Melville’s towering American masterpiece in 1942 but was interrupted by the war. On returning to the project a decade later, he brought Ray Bradbury to Ireland, where he was then living, to work on a new script. Despite extensive and necessary concision, as well as a few narrative re-orderings, Huston’s take on Ahab (Gregory Peck) and his mad, defiant, blasphemous hunt for the white whale plays as an adventure film while still projecting much of the intent and power of Melville’s complex philosophical themes. “All visible objects, man, are but pasteboard masks,” growls Peck’s Ahab in a film noted for remarkable cinematography and effects work — alongside daring footage shot on the open ocean — that brings the raw, seething power and dread of Melville’s universe to life.