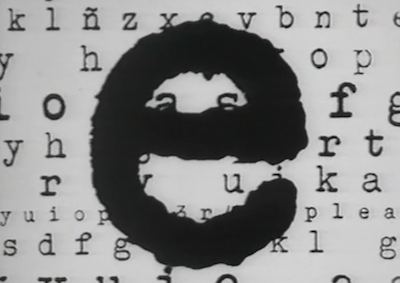 In the era of silent cinema, the interplay between text and image on the screen was a constant. A major figure in the Brazilian avant-garde, Humberto Mauro believed that spoken dialogues and intertitles detracted from the moving image. Instead, he integrated text in the form of speech bubbles in his experimental cinematic melodrama, Ganga Bruta (1932). The use of text on the screen finds a master of ambiguity and irony in Cuba, with Nicolás Guillén Landrián. Following Santiago Alvarez’s tradition, Guillén Landrián, nephew of the poet laureate Nicolás Guillén, playfully uses text in interaction with images on many different levels, generating a corrosive sense of irony and confusion rather than clarification in allegedly “didactic” educational documentaries. This program ranges from Guillén Landrián’s masterpiece Coffea Arábiga (1968), a parody of the utopian 1968 Green-belt agricultural project, to more contemporary exploration of the combination of typography and film syntax.

Note: This screening will be preceded by a book signing at 2 p.m. with the editors of the new collection of essays Ism, Ism, Ism / Ismo, Ismo, Ismo: Experimental Cinema in Latin America (University of California Press, 2017).