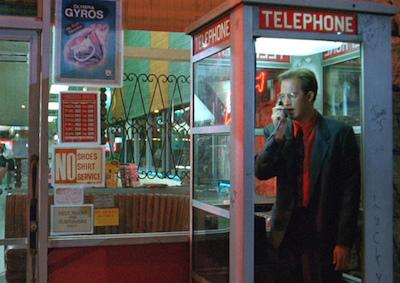 Opening with the most romantic tar pit-set date in cinematic memory and floating along through the mid-city Los Angeles neighborhood that bears the film’s title, this stylish nuclear thriller unfurls over the course of a single evening, mostly embedded within the ragtag group of misfits that congregate nightly at Johnie’s Coffee Shop (which is still standing on the corner of Wilshire and Fairfax). Intrinsically tied to its moody, synthy Tangerine Dream score, this wholly singular brainchild of AFI graduate Steve De Jarnatt remains one of the best documents of the City of Angels in the late-1980s, and a fully formed “bittersweet cult treat” (Birth.Movies.Death.) for those who like a little atomic threat sewn into their love-yearning yarns.