‘Middle of the Night’ 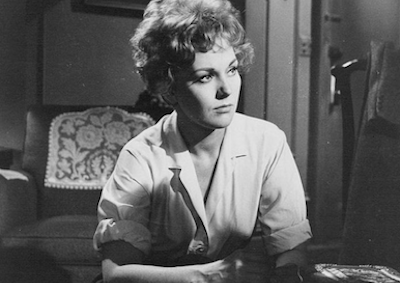 Middle of the Night (1959)
Directed by Delbert Mann

Originally produced for the Philco Television Playhouse and adapted into a hit Broadway play, Paddy Chayefsky’s drama concerns the unexpected (and shocking for its day) romance that develops between a widower (Fredric March) and a much younger woman (Kim Novak) in his employ. Chayefsky gently harnesses previously taboo subjects related to divorce, sex and aging as a stage to explore the universal themes of loneliness and longing. The film was an official U.S. entry at the Cannes Film Festival and named by the National Board of Review as one of the top ten films of 1959, with a Golden Globe-nominated performance by Fredric March.