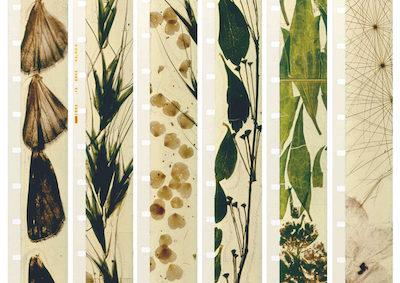 Tonight’s program presents key early films that Stan Brakhage made while he was writing Metaphors on Vision, works that inaugurated a radically new form of first-person cinema. The film program will be preceded by a talk by Thomas Beard.

Anticipation of the Night (1958)
Directed by Stan Brakhage

“The protagonist, like the members of the audience, is a voyeur, and his eventual suicide is a result of his inability to participate in the ‘untutored’ seeing experience of a child. Anticipation consists of a flow of colors and shapes which constantly intrigues us by placing the unknown object next to the known in a significant relationship, by metamorphosing one visual statement into another.” — P. Adams Sitney

“I was coming to terms with decay of a dead thing and the decay of the memories of a loved being that had died…I was taking song as my inspiration and for the rhythm structure, just as dogs dancing, prancing around a corpse, and howling in rhythm-structures or rhythm-intervals might be considered like the birth of some kind of son.” — Stan Brakhage

The Dead (1960)
Directed by Stan Brakhage

“Europe…I was always Tourist there; I couldn’t live in it. The graveyard could stand for all my view of Europe, for all the concerns with past art, for involvement with symbol. The Dead became my first work in which things that might very easily be taken as symbols were so photographed as to destroy all their symbolic potential.” — Stan Brakhage

“Only at a crisis do I see both the sense as I’ve been trained to see it (that is, with Renaissance perspective, three-dimensional logic, colors as we’ve been trained to call a color a color, and so forth) and patterns that move straight out from the inside of the mind through the optic nerves…I wanted a childbirth film which expressed all of my seeing at such a time.” — Stan Brakhage

“A paradoxical preservation of pieces of dead moths in the eternal medium of light (which is life and draws the moth to death); so it flutters through its very disintegration. This abstract of flight captures matter’s struggle to assume its proper form; the death of the moth does not cancel its nature, which on the filmstrip asserts itself.” — Ken Kelman