Many Wars Ago and War Requiem 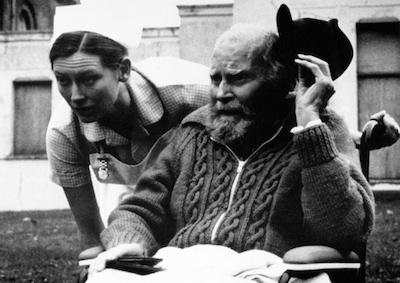 Many Wars Ago (Uomini contro) (Italy/Yugoslavia, 1970), directed by Francesco Rosi

On the Italian-Austrian front in 1916, Italian General Leone wants his men to storm the heights of Asiago at all costs, although Austrian machine guns massacre one wave after the other. When Leone doesn’t get the cooperation he wants, he turns machine guns on his own men, leading to a bloody and futile mutiny. Never officially released in America, director Francesco Rosi’s anti-war film covers themes similar to Kubrick’s Paths of Glory, but focuses more on the carnage experienced by ordinary foot soldiers.

A World War I veteran in an old soldier’s home reminisces about his time in the “Great War,” moving in his mind’s eye between the past and present. Structured as a series of flashbacks, this experimental work by director Derek Jarman features no spoken dialogue, rather it illustrates a recording of Benjamin Britten’s “War Requiem” (Op. 66), its libretto partially composed of poems by Wilfred Owen, a British poet who was killed in battle in the last week of the war.