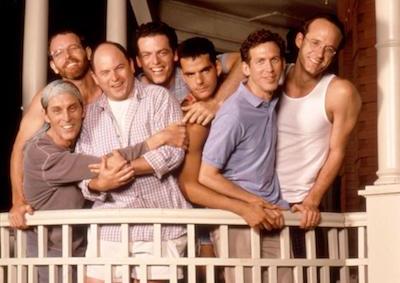 Playwright Terrence McNally and theater director Joe Mantello, making his feature film debut, brought their Tony Award-winning production to the big screen losing nothing in the translation. The original Broadway cast reprises its roles here—with the exception of Nathan Lane whose character is played by Jason Alexander—as a group of gay friends who spend three pivotal summer weekends together in upstate New York. Relationships are strained, broken and reborn amid a seasonal swirl of passions, insecurities, witticisms and affectations as they each contend with the vicissitudes of life in the era of AIDS. The cast, which also includes Stephen Spinella, Stephen Bogardus, Randy Becker, John Glover and John Benjamin, delivers performances that the New York Times called “lived in and richly nuanced,” in a film that delivers “a powerful sense of interwoven lives, some coming into flower while others are withering, everyone reaching for love, imperfect and transient as it may be.”