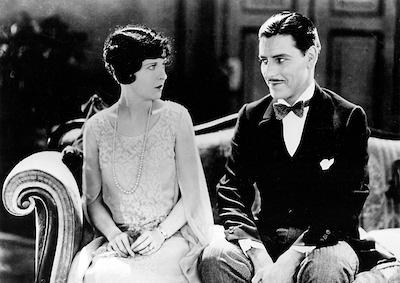 Lady Windemere is giving a party for her birthday, when she realizes her husband may be unfaithful to her. Also invited to the party is Mrs. Erlynne, who might be the lover of Lord Windemere, but is also Lady Windemere’s long lost mother. Complications ensue. Oscar Wilde’s 1892 play was an immediate success after its London premiere, but Lubitsch makes the film version totally his own, translating Wilde’s witty dialogue into a symphony of looks, smiles, gestures and gaits, calculated to hide emotions and keep up surface appearances. The characters move around rooms that dwarf and isolate them, while the garden is an impenetrable maze, reflecting entangled relationships and emotions gone astray. As was the case with Three Women (1924), Lubitsch is fascinated by the sexual tensions of mother-daughter relationships, and the fragility of marriage. Lubitsch divorced five years later when he realized that his screenwriter, Hans Kräly, was having an affair with Leni Lubitsch.

Preserved by The Museum of Modern Art with support from the National Endowment for the Arts and the Celeste Bartos Fund for Film Preservation.

Sumurun (Jenny Hasselqvist), the favorite wife of an old sheik (Paul Wegener), loves a young merchant (Harry Liedtke), while the sheik’s son also loves her. Enter the dancer in a travelling troupe, Yannaia (Pola Negri), who seduces both father and son, while her hunchbacked companion (Ernst Lubitsch) rages with jealousy. It is a recipe for multiple murders, straight out of The Arabian Nights. Indeed, the film was called One Arabian Night for its American release. Based on a pantomime play by Friedrich Freksa, Lubitsch had played the role of the hunchback for Max Reinhardt’s staging at the Deutsches Theatre in 1912, which he reprises here. Though the film was highly praised on both sides of the Atlantic, Lubitsch thought he had overacted and vowed never again to step in front of a camera. Meanwhile, he did manage to sneak in his favorite characters: two bungling shop apprentices create havoc, while corpses and people keep disappearing in piles of Chinese silk and Egyptian cotton.