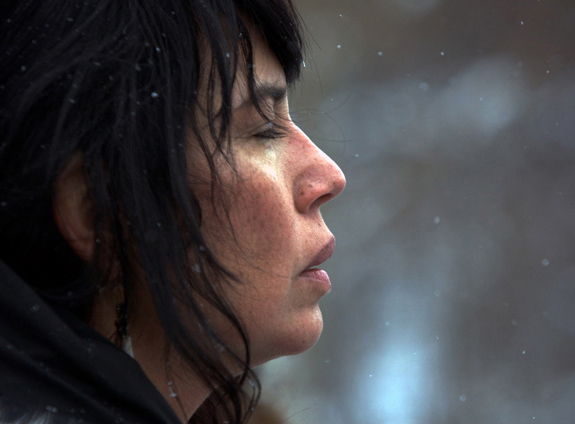 Mavis Dogblood is a Mohawk painter from Canada, haunted by the tragic death of her husband. She paints the stories he used to tell, but she can’t come to grips with her loss. It is only after she drives to New York City for an art opening, travelling through what were her ancestors’ tribal lands, that she reconciles herself to her new life. Beautifully photographed, director Shelly Niro’s feminist film meditates on the loss of Native traditions, and the role of women in keeping them alive.

In his debut feature, writer-director Randy Redroad recasts the coming-of-age genre from a Native American perspective with Hunter, the son of a Cherokee mother and white father, wrestling with questions of identity and history amid the swirl of adolescence. Redroad infuses the film with a sense of spiritual and oral storytelling traditions to place Hunter’s struggle in the larger arc of Cherokee experience.

Preceded by:
The Cave (Canada, 2009)
Directed by Helen Haig-Brown (Tsilhqot’in).

A man going about his daily business accidentally sees scenes not meant for his eyes…not yet.