Kirikou and the Sorceress 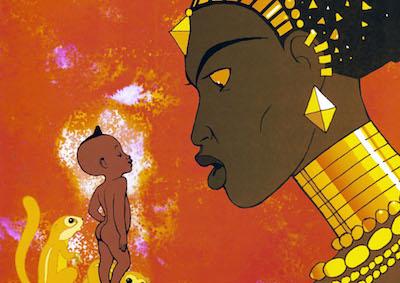 Kirikou and the Sorceress (1998)
Directed by Michel Ocelot

Based on a popular folk tale from West Africa, this gorgeous animated film tells the story of the heroic toddler Kirikou, who must save his parents’ village from an evil sorceress. Along the way, he encounters friends and foes including a skunk, a waterfall-draining monster, and a wise man on a magic mountain. Featuring a score by acclaimed musician Youssou N’Dour.