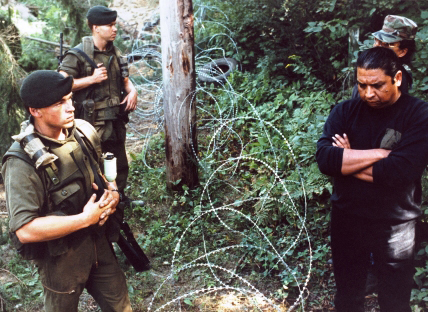 Alanis Obomsawin’s landmark documentary chronicles the cataclysmic 1990 standoff that occurred between the Canadian Army, Quebec police, and members of the Mohawk Nation determined to defend their land from the planned encroachment of a golf course. The astounding incidents, captured by Obomsawin during the 78-day ordeal, form a double portrait: of an indifferent government, and a people prepared to maintain their dignity at any cost.