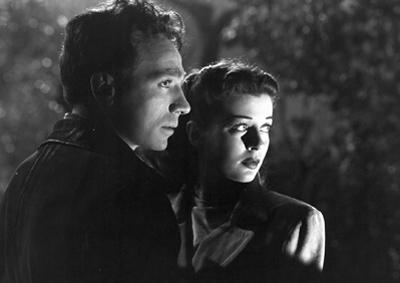 As a post-war journeyman director, Frank Borzage came to Republic, which produced this uncharacteristically lavish Technicolor romance about an egotistical concert pianist (Philip Dorn) who takes on young prodigy Catherine McLeod as his pupil. The student develops amorous feelings for her mentor, but when her talent threatens to outshine his, he brutally severs their relationship in what may be Borzage’s most unrestrained melodrama.

Director Frank Borzage suffuses a noir idiom with this own brand of unadulterated romanticism in his last great film. Dane Clark stars as an alienated young man haunted by his father’s crimes who finds himself hunted by the law after killing a local bully in a fight. Wracked by guilt, he nevertheless seems poised for redemption when he falls for his victim’s fiancée (Gail Russell).