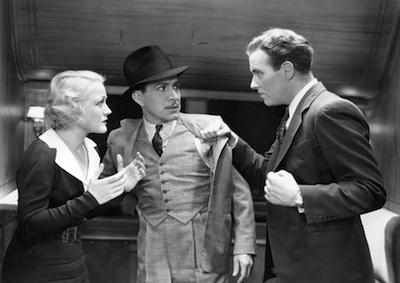 Aboard an ocean liner bound for America from Europe, an eclectic collection of passengers receive word via radio that an “infernal machine,” or bomb, is aboard the ship — placed by a madman who’s secretly observing their reactions.

When the Mayor’s drunken son shoots the “King of Gamblers,” the only eyewitness, reformed good-time girl Lena, takes it on the lam from politicos and the mob in this pre-Code thriller.