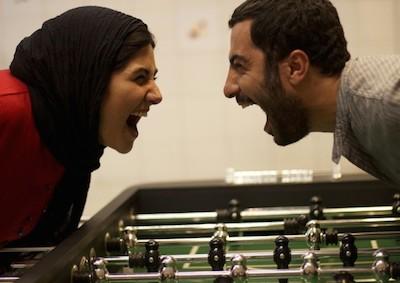 The title of director Reza Dormishian’s second feature echoes the prescribed mantra given to Navid (Mohammadzadeh) by his psychiatrist (along with antidepressants) to recite when events feel overwhelmed. For Navid, a university student expelled for political activity, however, his explosive rage has deeper sources. Jarring in tone and visually arresting, I’m Not Angry (2014) captures the seething frustrations of a generation with a blunt frankness that led to its being pulled from competition at the Fajr Film Festival.

In Persian with English subtitles, 110 min.