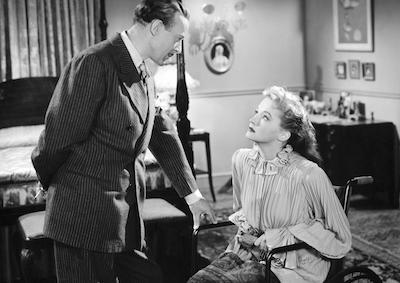 I Love a Mystery (1945)
Directed by Henry Levin

An eerie prophecy of death, a mysterious peg-legged lurker and a nearly fatal encounter with a flaming dessert drive a man to enlist detectives Jack Packard and Doc Long in preventing his unhappy fate. With a secret religious order, a million-dollar inheritance and a wheelchair-bound wife also in the mix, I Love A Mystery’s jam-packed plotlines evoke its lively radio antecedent.

Followed by:
The Unknown (1945)
Directed by Henry Levin

The death of a domineering Kentucky matriarch gathers her heirs at their decaying ancestral home in this Southern Gothic–tinged mystery based on the radio story “The Thing That Cries In The Night.” Accompanying granddaughter Nina for the reading of the will, Jack and Doc protect her from a series of malevolent mishaps while unraveling the secrets of the mouldering mansion.