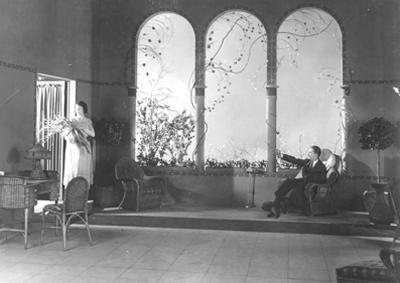 Director Frank Borzage scored his first major hit with this Frances Marion adaptation of a story by Fannie Hurst about an impoverished Jewish violin prodigy whose success allows him to marry his sweetheart and move his family out of the ghetto. When the U.S. enters WWI, however, he joins the fight with tragic consequences—until love shows him the way.

Though The Nth Commandment survives incomplete, enough exists of director Frank Borzage’s last film while under contract with William Randolph Hearst’s Cosmopolitan Pictures for scholar Hervé Dumont to declare “it the first truly Borzagian work.” Colleen Moore stars as a department store clerk whose decision to marry a withdrawing colleague with tuberculosis, over another dashing, ambitious suitor, leads to a life of hardship and struggle.

Miraculously, Frank Borzage’s directorial debut, The Pitch o’ Chance—a Western which he also wrote and starred in—survives intact to reveal a filmmaker concerned, at the outset, with the trials and tribulations of young lovers in an uncaring world.

Live musical accompaniment will be provided by Cliff Retallick.