Honoring Rhino Films: Why do Fools Fall in Love 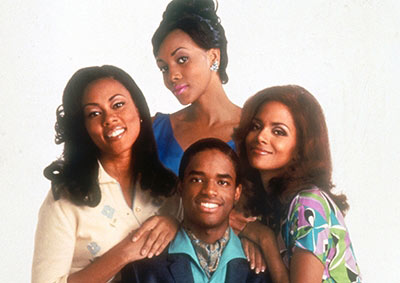 The Archive is pleased to present this special event celebrating the legacy of Rhino Films, on the occasion of the 40th Anniversary of its legendary parent company, Rhino Records. Emerging first as an innovative record label and retailer, known among other things for repurposing historical audio curiosities, Rhino entered the film sphere with a diverse slate of titles often dealing entertainingly with popular culture, including Fear and Loathing in Las Vegas (1998) and Daydream Believers: The Monkees Story (2000).

This rollicking musical biopic directed by Gregory Nava, and produced by Rhino Films and Warner Bros., tells the story of Frankie Lymon, young front-man for The Teenagers (and arguably the prototype for Michael Jackson) who popularized this film’s title song in the 1950s. Featuring amazing concert sequences, the film traces Lymon’s comical troubles when three women (one played delightfully by Halle Berry) converge, all claiming to be his wife… with apparent validity. It also paints a shrewd portrait of the travails that follow in the wake of vertiginous changes in fame and fortune.

Note: The screening will be preceded by a 6:45 p.m. signing of the new book “The Rhino Records Story: The Revenge of the Music Nerds” by Harold Bronson, founder of Rhino Records, and producer of tonight’s feature.