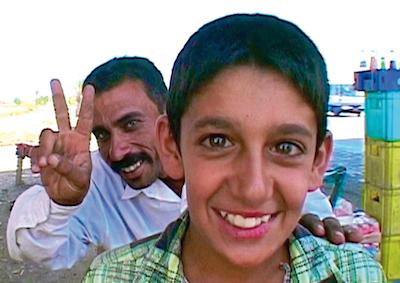 Homeland — Part 2: After the Battle (France/Iraq, 2015)
Directed by Abbas Fahdel

In the year before the 2003 U.S.-led invasion of Iraq, Paris-based documentary filmmaker Abbas Fahdel began filming his family and friends in the country as the cloud of war loomed over their increasingly anxious daily lives. After the U.S. bombing began, Fahdel returned, capturing the wearing, surreal and devastating realities of the growing post-invasion chaos on ordinary Iraqis. A selection at the 2016 New York Film Festival, Fahdel’s two-part, vérité portrait of a people under occupation speaks powerfully to the human reality often masked by headlines. With the war and its aftermath continuing to exert a dire influence over the region and the world.