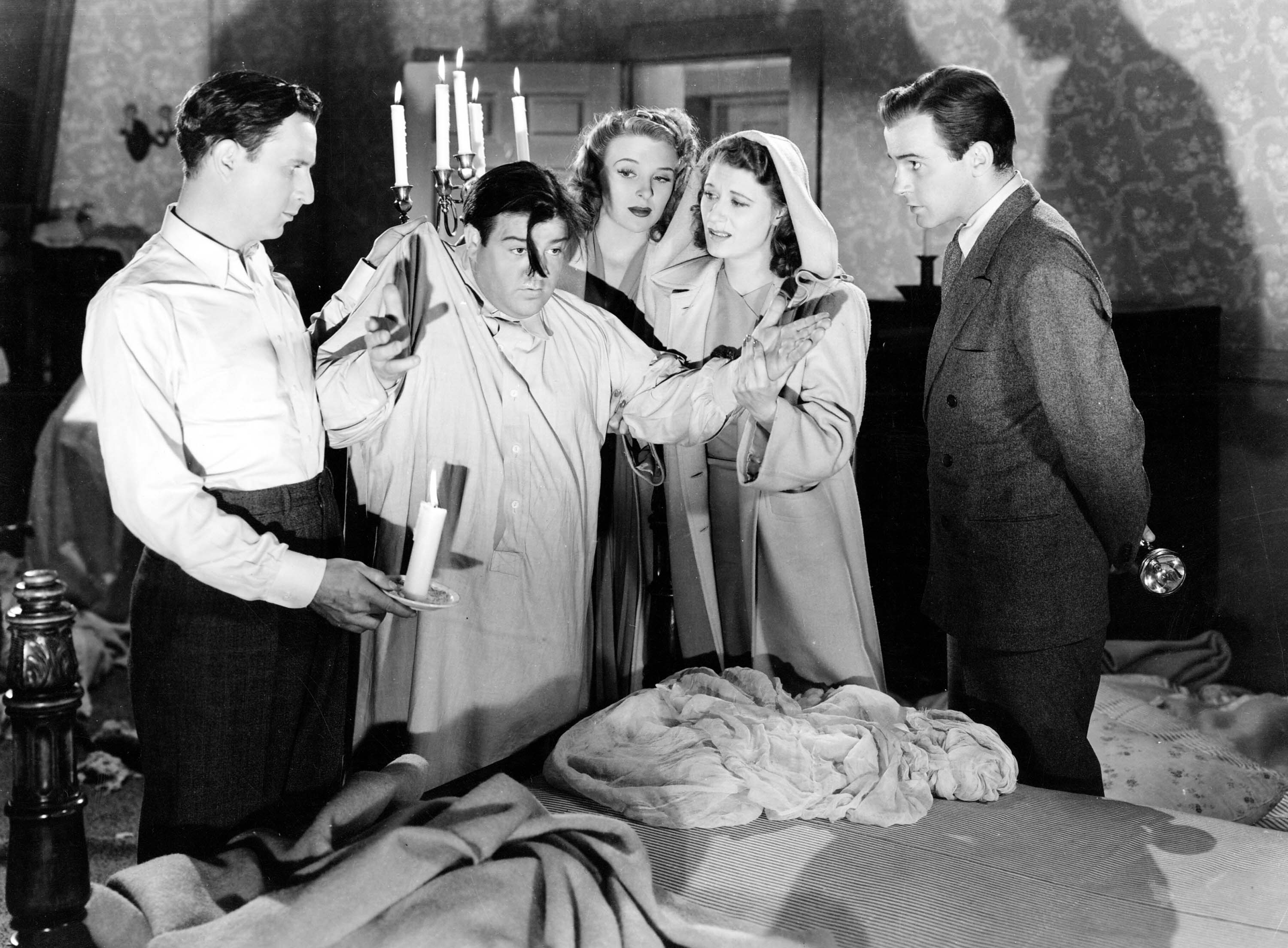 Hold That Ghost (1941)
Directed by Arthur Lubin.
Abbott and Costello are in top form as bumbling gas station attendants who accidentally inherit a gangster’s creaky old estate, which may or may not be haunted. When the pair are stranded there overnight, a series of spooky hijinks ensue as they stumble upon a mystery involving a missing body and a hoard of stolen cash.