His Nibs & Feel My Pulse 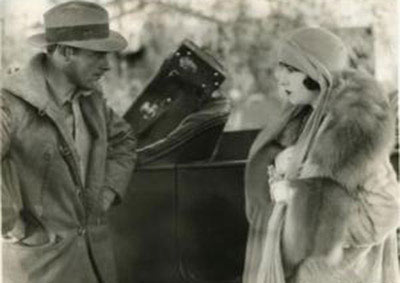 One of director Gregory La Cava’s first directorial jobs after moving from animation, His Nibs features vaudeville star “Chic” Sale in multiple roles in a film within a film about a movie screening in a small town.

The incomparable Bebe Daniels gets big laughs as a hypochondriac heiress who retreats to a sanitarium that, unbeknownst to her, has become a hideout for bootleggers. William Powell is the gang’s heavy who plays along until the truth outs in a splendid slapstick crescendo.

In 1917, director Gregory La Cava was hired by William Randolph Hearst to oversee production at International Film Service, a company he had set up to adapt Hearst-controlled comic strips into animated shorts for the big screen. Abie Kabibble Outwitting His Rival was one of two such shorts based on the Harry Hershfield’s comic “Abie the Agent” which featured the first Jewish character in an American comic strip, Abraham Kabibble, a middle class car salesman. In the short, La Cava retains the graphic word bubble element of the comics as Abie goes to great lengths to steal a customer from a competing dealership across the street.

Note: Live musical accompaniment will be provided by Cliff Retallick.