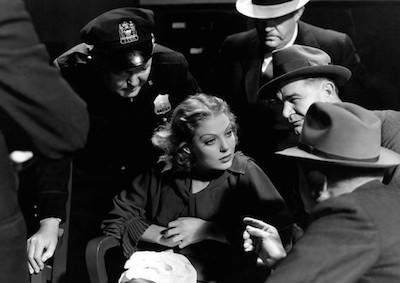 Heroes for Sale (1933)
Directed by William A. Wellman.

Remarkable for its frank handling of controversial subjects, this Depression-era drama depicts the struggle of a WWI veteran, who after taking shrapnel in the spine, becomes addicted to morphine. His contacts with drug-peddling gangsters and Bolshevik agitators land him in jail, away from the young son he had during a brief marriage. Richard Barthelmess brings the appropriate earnestness to his role as one of the “forgotten men” whose fortunes rise and fall with history.

Based on a story by Anita Loos, this hard luck saga of an innocent-urchin-turned-reluctant-moll opens on a note of cool defiance: on trial for the murder of her gangster sugar-daddy, Mary Martin (Loretta Young) meets the prosecutor’s accusatory finger from behind the cover of Cosmopolitan. Such glittering contempt, like a Broadway marquee, lights every turn of Martin’s journey from shantytown to penthouse, with few sacred institutions—marriage, the courts, high society—spared its penetrating glare. Director William A. Wellman’s deftly mobile camera puts a dizzy spin on this urban melodrama while the film’s sympathies never leave its heroine’s corner.