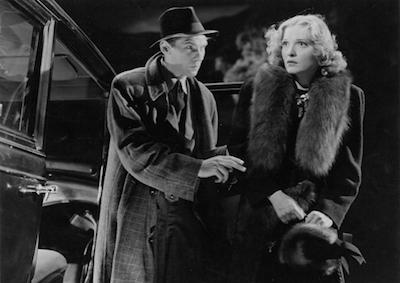 Her Sister’s Secret is a melodrama of two sisters, one of whom has a child out of wedlock, the other unable to have children but willing to adopt, leading to a conflict handled with an uncommon flair for the complicated nature of love and motherhood in opposition to Hollywood’s typical obeisance to the laws of a puritanical America. Indeed, unlike standard Hollywood melodramas there are neither villains nor morel condemnation.

Anna Sten plays a hapless Russian lab assistant studying for her U.S. citizenship papers, when her boss—who has invented a poison gas—is murdered, leading to her forced deportation to Ellis Island on a train dubbed the “Exile Express.” A friendly newspaperman (Alan Marshall) helps her escape and elude both the police and various spies attempting to acquire the scientific formula.