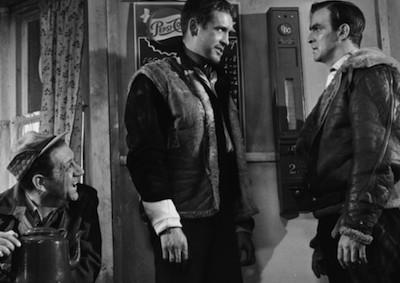 This stark and shocking exposé, director Cy Endfield’s first film for the prestigious Rank Organization, sees out-of-work ex-convict Stanley Baker take a job with a trucking company, whose drivers are expected to make so many trips in a day they become a collective high-speed menace on the narrow country roadways. This British version of the film restores many minutes cut from the American release.

Sailor Stanley Baker joins the crew of a British tugboat engaged in rescue and salvage activities in the Bay of Biscay. Marginalized by his jealous crewmates, the able seaman leads thrilling rescues at sea, but finds himself at loggerheads with the Captain himself when he falls in love with the older man’s young fiancée, and she with him.

In-Person: Brian Neve, author, The Many Lives of Cy Endfield: Film Noir, The Blacklist, and Zulu.