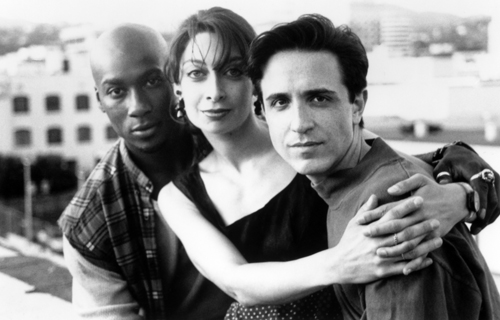 Filmmaker Richard Glatzer’s disarming comedy was an examplar of New Queer Cinema, stated in West Coast terms. Handsome Mark mourns the recent passing of his lover, but his grief is given precious little chance to coagulate in his workplace, the production office of a daytime TV show (The Love Judge) where drama abounds, and the prospect of new love seems tantalizingly near. Skating effortlessly between sincere emotion and balls-out comedy, the film showcases numerous standout performances, including stellar turns by such denizens of early-‘90s Los Angeles queer culture as Jackie Beat and Alexis Arquette. Timely and touching, Grief is above all an affirmation of life.