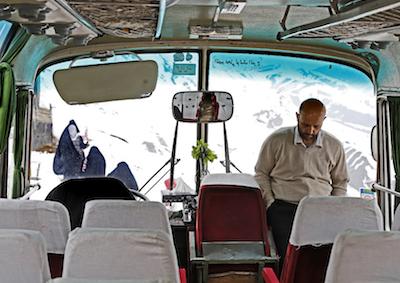 A panoptic view of a society on the edge, Golden Time unfolds as a dozen vignettes of people who find themselves suddenly faced with stark turning points in their lives, by fate or the imposition of others. Each story is shot a single take, in a vehicle, at dusk with writer-director Pourya Kakavand exploring a wide array of scenarios and emotions—blackmail, betrayal, violence and other unsavory scenarios come into play—all set against the transitive glow of twilight.