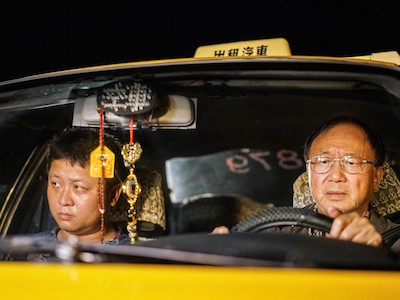 A glum and bumbling young man in Taipei answers a newspaper ad for a delivery man. A series of mysterious instructions sends him on a trip to the south of Taiwan. By chance he hires a grizzled old Hong Kong taxi driver to take him on the long journey. Meanwhile, unbeknownst to them, rival gangsters are busy double crossing each other in order to intercept the shipment. Hong Kong veteran Michael Hui leads an ensemble cast in this road-buddy-caper-satire full of philosophical gangsters. The latest film from writer-director Chung Mong-Hong (Parking, The Fourth Portrait), Godspeed won Best Film from Mainland China and Taiwan at the Hong Kong Film Awards this year.