Girl 6 and The Best of Everything 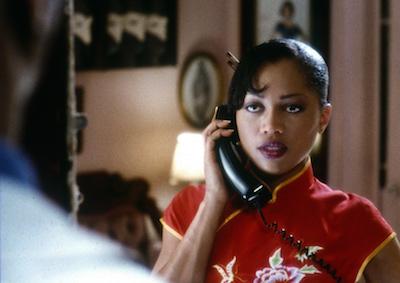 The first Spike Lee joint penned not by him but playwright Suzan-Lori Parks follows an unnamed, aspiring actress (Theresa Randle) to a series of auditions and acting classes that leave her with nothing but frustration. Disillusioned with the film industry after a nasty proposition by filmmaker “Q.T.” (played by one Quentin Tarantino), her quest for new work lands her in the warm, supportive embrace of a women-run phone sex agency. A natural from day one, Girl 6 (so dubbed by the agency) soon becomes dangerously engrossed in her work, isolating herself from her neighbors and love interest. A hint at the seclusion to be wrought by the Internet age and the digital revolution, Parks’ and Lee’s collaboration still feels frustratingly contemporary.

The Best of Everything (1959)
Directed by Jean Negulesco

Cramming as many desks as possible into the typing pool of a Manhattan high-rise, Negulesco’s mid-century workplace melodrama follows secretaries and roommates Caroline (Hope Lange), Gregg (Suzy Parker) and April (Diane Baker) as they are promoted, replaced, demoted and shifted around the offices of the Fabian Publishing Company. While Gregg skips out on typing duties to go on auditions, Caroline takes work home with the hopes of realizing her editorial aspirations, and April (Diane Baker) just wants to find love. Regardless, all must kowtow to demanding editor Amanda Farrow (Joan Crawford), notorious for her outrageous expectations. True to its genre and title, The Best of Everything offers death and sex, love and heartbreak, all with a strong air of female ambition and camaraderie.