Gallant Lady & She Married Her Boss 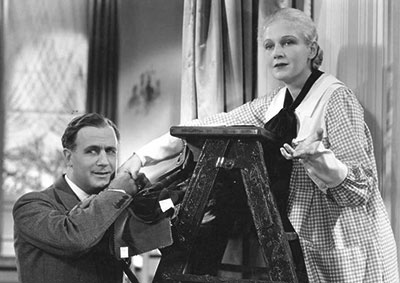 A successful interior designer, Sally (Ann Harding) still regrets the son she gave up for adoption when times were tough and her only friend was an alcoholic, ex-doctor just out of prison (Clive Brook). When fate presents a chance for mother and son to be reunited, Sally throws caution to the wind in one of director Gregory La Cava’s most moving melodramas.

Followed by:
“She Married Her Boss” (1935)
Directed by Gregory La Cava

Director Gregory La Cava blends comedy and drama with much greater ease than Claudette Colbert’s efficient executive secretary balances family and career after she marries her boss (Melvyn Douglas). Her struggle to make sense of it all leads to one of La Cava’s most effective commentaries on the narrow social roles imposed on people by class and gender—not to mention themselves.