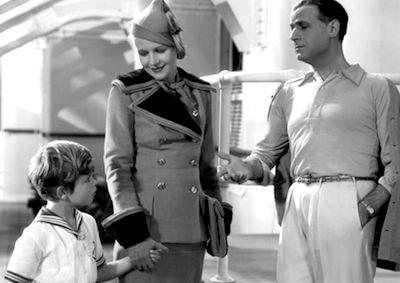 Pathé’s most valuable “asset” when RKO acquired it in 1931, Ann Harding carved out a new career status as a “semi-independent” by leveraging competing offers to strengthen her position with her new bosses, while retaining options to make films outside RKO-Pathé. One of those projects was this powerful and moving melodrama about a successful career woman who gets a second chance to raise the son she had to give up for adoption years before.

A successful stage star when she signed with RKO in 1930, Irene Dunne insisted she be allowed to continue working on the stage between films. Dunne’s artistic clout and star power—along with that of Walter Huston and Conrad Nagel—was crucial to RKO as it weathered the controversy around this adaptation of Sinclair Lewis’ novel about a woman’s crusade for social justice after she’s shunned for an out-of-wedlock pregnancy.