From the Cloud to the Resistance and These Encounters of Theirs 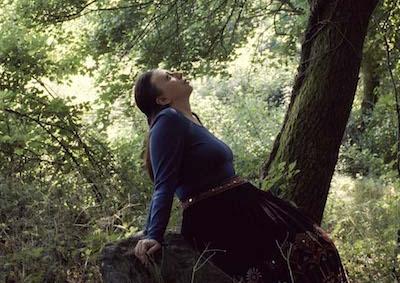 From the Cloud to the Resistance (Italy/West Germany, 1978)
(Dalla nube alla resistenza)
Directed by Jean-Marie Straub and Danièle Huillet

Straub-Huillet’s From the Cloud… bridges history and myth, and modernity and antiquity. Based on six mythological encounters in Cesar Pavese’s Dialogues with Leucò, and on Pavese’s last novel, The Moon and the Bonfires, about the savage murders of Italian anti-Fascist resistance fighters during World War II, the film has affinities with History Lessons, Too Early/Too Late, and a series of films of the 2000s in which they returned to Pavese’s Dialogues.

These Encounters of Theirs (Italy/France, 2005)
(Quei loro incontri)
Directed by Jean-Marie Straub and Danièle Huillet

In the last feature-length collaboration between Straub and Huillet before Huillet’s death in 2006, villagers from across the length of Italy — a peasant, a postmaster, a theater director, a mayor, a rope maker — gather in the Tuscan countryside to recite the five final scenes of Cesare Pavese’s Dialogues with Leucò. Published in 1947, just two years after the Holocaust and the Second World War and two years before Pavese’s suicide, the Dialogues offer a series of meditations on human destiny, both comical and tragic, between ancient Greek mythological figures. Desperate in their hunger for immortality, mortals are blind to the gift of being human—of their ability to experience joy and suffering; to feel a passing breeze or the touch of another body; to name, remember, and act.