Judgment at Nuremberg and In the Presence of Mine Enemies 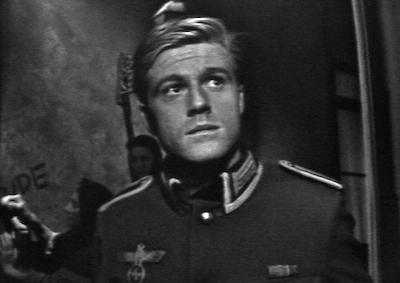 Later adapted into Stanley Kramer’s Academy Award-winning Best Picture of 1962, this live docudrama expanded Playhouse 90‘s studio canvas to powerful effect through the integration of archival footage, including images of Nazi atrocities. Austrian-born Maximilian Schell would go on to win an Oscar for Best Actor in the feature film version for reprising the critical role he originated here as a German defense attorney. Adding the episode’s authenticity, the program is introduced by Telford Taylor, former Brigadier General and Chief Counsel for the prosecution at the Nuremberg war-crimes trials.

One of the last beacons of the Golden Age of Television dimmed with this broadcast, the final original production of Playhouse 90. Rod Serling’s controversial, humanist tale concerning a Rabbi (Laughton) and Nazi brutality in the Warsaw Ghetto was almost never produced at all, as program sponsors indicated to CBS that declining ratings for the series warranted moving away from “depressing themes.”