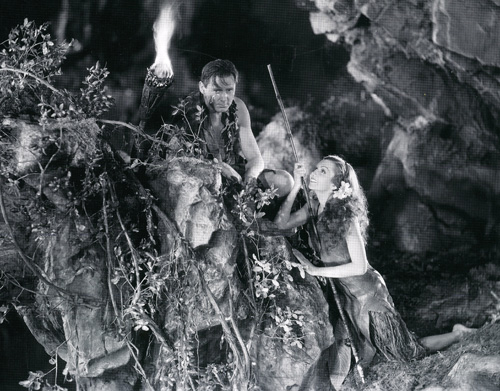 A British socialite, an introverted chemist (Herbert Marshall), a famous journalist and a mousy schoolteacher (Claudette Colbert) renegotiate their personas and power relations when they are put off of a cruise ship beset with disease, and must survive the Malayan jungle with only the help of a native guide. Tellingly, in director Cecil B. DeMille’s world, the jungle humbles the self-important, and brings out the animal in the formerly meek, infusing this absurdist DeMille curiosity with trenchant social commentary.

In director Cecil B. DeMille’s modern-dress follow-up to The Sign of the Cross (1932), a group of high school students, temporarily acting as public officials (police chief, district attorney) as part of an educational exercise, take advantage of their positions to entrap and try a dangerous criminal who has murdered a local tailor. A thunderous paean to public engagement, the film rings with typically DeMillean moral certitude, pitting good citizens against lawless gangsters.