Forêt Debussy and When Love Comes 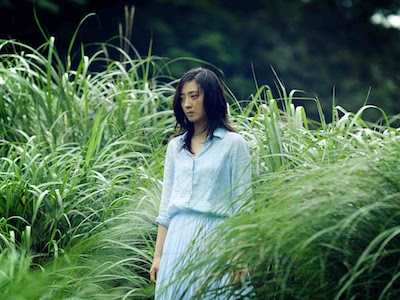 A mother and daughter (played by Tsai Ming-liang regular Lu Yi-Ching and superstar Gwei Lun-Mei) eke out a bare existence somewhere deep in the mountain forests of Alishan in central Taiwan. But behind this extreme camping trip turns out to be a whole traumatic back story reconstructed in bits of memory and half-silent conversations. Director Kuo Cheng-Chui’s first feature film Forêt Debussy weaves together a riveting, stripped down story of survival, a first person tour of Taiwan’s lush tropical forest, a psychological mystery thriller, and urgent real life issues of corruption, land rights and environmentalism that confront Taiwan today.

A family-run restaurant in the bustling old Wanhua neighborhood of Taipei is a crossroads where strangers meet and stories begin…again and again. Originally from the island of Kinmen, Dark Face married into his wife’s sonless family in Taipei in order to be the family’s new male heir; unable to bear a son herself, Dark Face’s wife allowed his pregnant lover to enter as a second wife; the second wife gave birth to two daughters and finally, 16 years later, a son. Now when the oldest daughter, Laichun, discovers she herself is pregnant and her boyfriend disappears, she is forced to grow up fast. Unfolding from the perspective of Laichun on the verge of adulthood, this poetic, gently rhythmic drama won multiple awards in Taiwan, including Best Picture at both the Golden Horse Awards and the Taipei Film Festival.

DCP, color, in Mandarin and Taiwanese with English subtitles, 108 min.