First Step Ashore and The Docks of New York 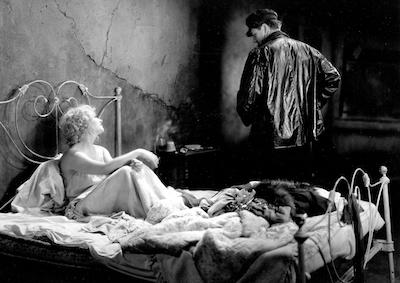 Described by Japanese film journal Kanata at the time of its release as a “splendid imitation” of The Docks of New York, First Step Ashore differs from it in its lighting style which is marked by “diffused and flat high key” lighting that exemplified the approach taken by Shochiku at its Kamata studio at the time of its production.

The Docks of New York (1928)
Directed by Josef von Sternberg

Sternberg’s penultimate silent feature stars Bancroft as a stoker on a tramp steamer and Compson as the dockside waif he marries. This moody, beautifully photographed psychological study is one of the best American films of the late silent era.