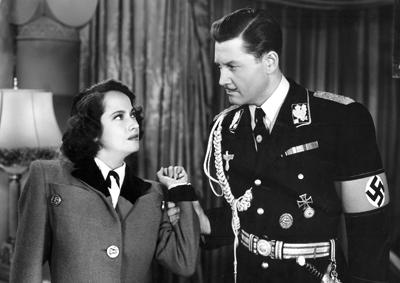 Director Dorothy Arzner’s final film (finished by Charles Vidor when she fell ill) veers from melodrama into WWII geopolitics, but featured a strong female lead. In Nazi-occupied Norway, Nicole Larsen (Merle Oberon) is branded a traitor for keeping company with a Nazi officer, while she is in fact a spy. Her readiness to die, and her renunciation of love to the cause, are worthy notes in Arzner’s swan song.