Female and The Strange Love of Molly Louvain 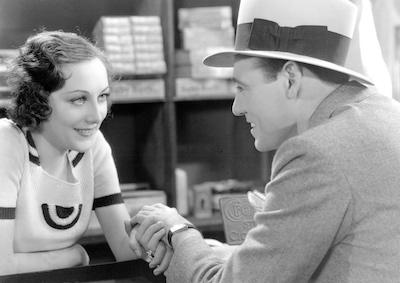 Ruth Chatterton stars as the high-powered and sexually liberated CEO of an automobile company who is romantically waylaid by straight-arrow George Brent. One of the more explicit of the pre-Code films was assigned to three different directors (William Dieterle, William Wellman and Curtiz) and would be denied a reissue certificate by the MPAA due to its lurid content. This seldom-seen gem co-stars Lois Wilson, Johnny Mack Brown and Ruth Donnelly.

The Strange Love of Molly Louvain (1932)
Directed by Michael Curtiz

Pre-Code siren Ann Dvorak owns the title role in this quintessential period parable about a woman being forced into bad choices. A pregnant Molly is jilted by her upper-class boyfriend and hits the road with a low-life grifter (Leslie Fenton). It all goes downhill from there. Based on the play Tinsel Girl by Maurine Watkins (Libeled Lady, Chicago), Curtiz instills a rapid-fire tempo that is complemented by saucy dialogue between Dvorak and avian-voiced newspaper reporter Lee Tracy. Co-starring Richard Cromwell, Guy Kibbee, Frank McHugh and Charles Middleton.

Print courtesy of the Library of Congress.