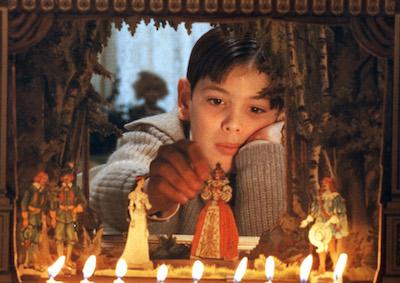 Warmed through with sentiment and turn-of-the-century, candlelit interiors, director Ingmar Bergman’s most autobiographical work unfolds through the perspective of 10-year-old Alexander, whose wealthy family, the Ekdahls, runs a theater in their small Swedish town. Sweeping through seasons and across holidays, marriages, reunions and deaths, Bergman glides between harsh reality and a curious magic and imagination. This four-time Academy Award–winning triumph of intimacy and childlike wonder represents Bergman’s final directorial effort, though he would continue to write for television until just before his death, at age 89.

Note: This screening will include both a 15-minute and a 30-minute break.