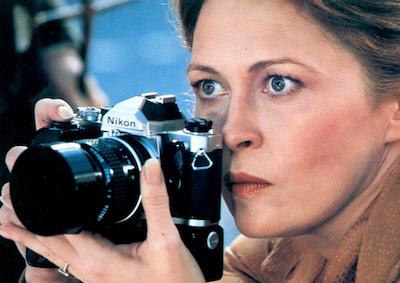 As salacious as a dime novel thriller and set to the ubiquitous beat of early disco, Irvin Kershner’s homage to Italian giallo films provides “a celebration of sleaze as high chic.” Fresh off her Oscar win for Network (1976), wide-eyed Faye Dunaway stars as controversial fashion photographer Laura Mars (her photos are actually the work of the great German-Austrian photographer Helmut Newton) who suddenly begins seeing, through her own eyes, the violent acts of an unknown killer. Set in a decaying yet still-glamorous pre-Reagan Manhattan, Laura Mars offers a work as stylistically bold as it is endlessly clever — and not to mention oh-so-satisfying.

In a genre field strewn with weary, disillusioned and damaged knights errant, Robert Culp and Bill Cosby’s eponymous Los Angeles private eyes in Hickey & Boggs may be the most downtrodden, broken bastards of the bunch. As a pair of jet-setting secret agents in the groundbreaking 1965 TV show I Spy, the first to feature a black actor in a lead role, Culp and Cosby exuded an appealing, largely improvised chemistry that reflected the optimism of the moment. Post-1968, the good vibes curdled into regret and emptiness. Shambling in rumpled suits between dive bars and hot dog stands, Hickey and Boggs eke out a living on dubious gigs just to keep the phone on. When they finally land a job with real stakes, tracking down a mob courier who has absconded with a suitcase of counterfeit cash, the Magnum-punctuated action that hurtles them from Downtown to Malibu seethes with as much existential exhaustion as firepower. “So superbly executed and so wounding,” they remember the motions but can’t recall what it’s all for.