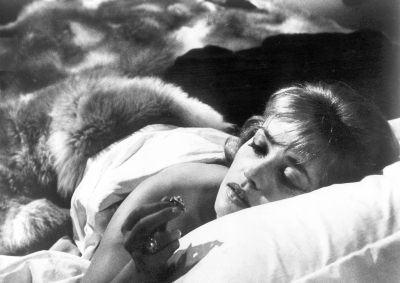 In Eve, Stanley Baker plays a sham novelist and outsider to Italy’s glittering expatriate milieu. Described by filmmaker Joseph Losey as “an intensely personal film” and a statement about the exile experience, Eve also marked his elevation from cinéaste maudit to the ranks of European auteurs such as Michelangelo Antonioni, to whom Losey pays homage in his choice of leading lady, Jeanne Moreau, and cinematographer, Gianni DiVenanzo.

Followed by:
Time Without Pity (UK, 1957)
Directed by Joseph Losey.

Director Joseph Losey saw a chance to step up to better productions while still making socially engaged films with this adaptation of a novel by Emlyn William. At once a nerve-jangling thriller and a blistering attack on capital punishment (as well as the British class system), the story centers on an unstable father (Michael Redgrave) who has 24 hours to find evidence that will stop his son’s execution.