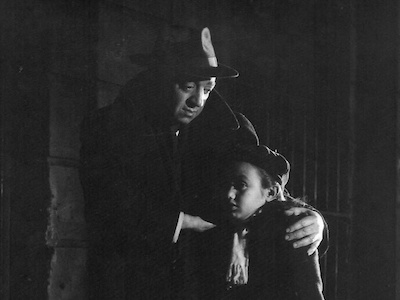 Román Viñoly Barreto co-wrote and directed this overlooked Argentinian version of Fritz Lang’s classic M (1931), which deviates from the original even more than Joseph Losey’s 1951 American remake. The prolific Nathán Pinzón – who had appeared in Viñoly Barreto’s highly acclaimed thriller La bestia debe morir a year earlier – steps into Peter Lorre’s iconic role, giving one of the most memorable performances of his long career. El vampiro negro was also an important film for Olga Zubarry. The popular star was able to display her dramatic talents in the role of a cabaret singer who witnesses a murder, winning the Argentine Film Critics Association Award for Best Actress. In addition to its solid cast and screenplay, the film benefits from striking black-and-white photography by Aníbal González Paz, one of Argentina’s most important cinematographers.

Fernando Ayala’s second feature is an adaptation of Adolfo Jasca’s award-winning novel of the same title about a journalist who teams up with a European immigrant to create a fake journalism correspondence school, only to become increasingly suspicious of his business partner. The movie, a film noir tale of paranoia, shot in stark expressionist images, received the Argentine Film Critics Association Award for Best Picture, and cemented the career of its director, who went on to become one of the most admired filmmakers of his generation. Credit must also be given to Astor Piazzolla’s groundbreaking score, Germen Gelpi and Mario Vanarelli’s production design, and Ricardo Younis’ inventive cinematography, which was included in the “Best Shot Films” list published in American Cinematographer. Long available only in substandard prints, the film was finally restored by UCLA Film & Television Archive when the original negative was found in a Buenos Aires home in late 2014.