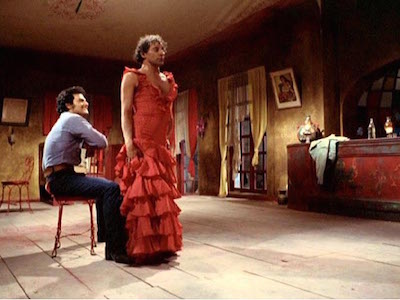 Free admission for Outfest members at the box office!

A decrepit bordello in a small town is the site for an exploration of social boundaries and sexual stereotypes. The bordello is “the place without limits” where a local tough-guy, Pancho, interacts with a transvestite Spanish dancer, La Manuela. When La Manuela finds Pancho harassing her daughter, La Japonesita, the product of his one heterosexual liaison, she taunts him with a provocative dance and embrace. La Manuela’s teasing both enrages and arouses Pancho. The film is an adaptation of a novel by the same name written by Chilean writer José Donoso. While indicting homophobia, it implies that macho culture, as represented by Pancho, is founded on latent homoeroticism.