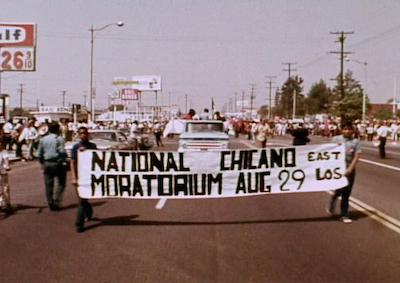 On August 29, 1970 in East Los Angeles, a peaceful march of more than 20,000 Chicanos, united in protest against the Vietnam War as part of the Chicano Moratorium movement, was violently interrupted by a massive law enforcement response. The tragic events of that day left three dead, including prominent Mexican American journalist and activist, Ruben Salazar (1928-1970). In recognition of the 45th anniversary of the march, we present an eclectic selection of short works that explore the Chicano Moratorium, its aftermath, and the people and culture of East Los Angeles from various perspectives.