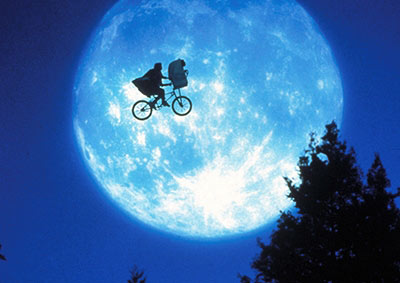 A young boy befriends an extra-terrestrial accidentally left behind by its fellow aliens, and helps it to get home, in this magical, enduring classic. Full of indelible images—the trail of Reese’s pieces, the iconic bicycle flight across the face of the full moon—a soaring John Williams score and with winning performances from its young cast, E.T. is an poignant, enchanting fable of friendship and growing up.