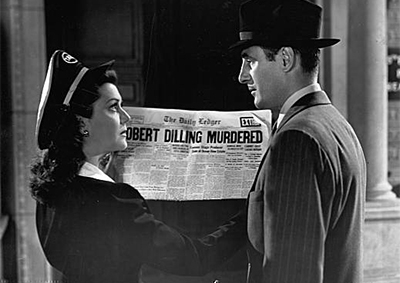 Dr. Timothy Kane, alias Dr. Broadway, is a fixture on the “Great White Way,” friend to vagrants, peddlers, con men and gangsters. When mortally ill gangster Vic Telli asks Kane to find his long lost daughter, so she can inherit his dough, Kane ends up a fugitive from the police (wanted for Telli’s murder) and a host of gangsters looking for the loot.

An amnesiac (Tom Conway), aided by a kindly taxi driver (Ann Rutherford), recovers his identity in a citywide search for clues, finding himself at the center of a murder intrigue involving theatrical writers and producers, a stolen play, jealousy and blackmail. It’s a heck of a way to reawaken to the world, but our hero reconstitutes both his identity and the truth in this taut thriller.

Cost: $0-10
FREE admission at the box office for UCLA students with valid I.D.!