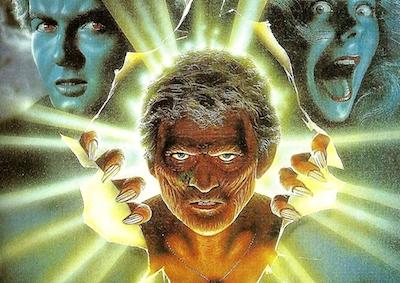 This is the greatest movie you’ve never seen about a 30-year-old teenager who wears dinosaur pajamas while battling a satanic demon named Virgil. Don’t Panic is one of dozens of Mexican horror movies from the late 1980s that transformed familiar American tropes into beautiful abstractions from reality. Using A Nightmare on Elm Street and Saved by the Bell as jumping-off points, this movie has an awe-inspiring ignorance of its own flaws. And that only helps to fuel its dinosaur-jammies-and-unibrow-fueled POWER! Deny all forms of human logic and catch a wave on Don’t Panic — your one-way passport to la muerte de su cerebro.