Dogface and A Fuller Life 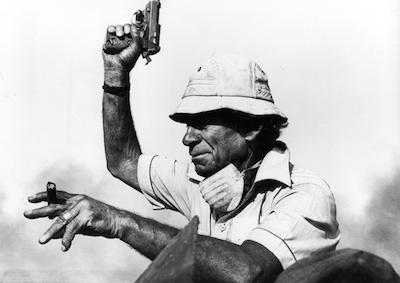 This unaired pilot for a series Fuller pitched to CBS about a U.S. infantry troop fighting its way through Nazi-held North Africa offers a fascinating new angle on Fuller’s relationship with the average foot soldier and moral complexity of war.

Samantha Fuller’s insightful, loving tribute to her father, his life and work, based on his autobiography, A Third Face.

IN PERSON: Samantha Fuller (director) and Marsha Gordon (author). Gordon will sign copies of her new book, Film is Like a Battleground: Sam Fuller’s War Movies, beginning at 6:30 pm.